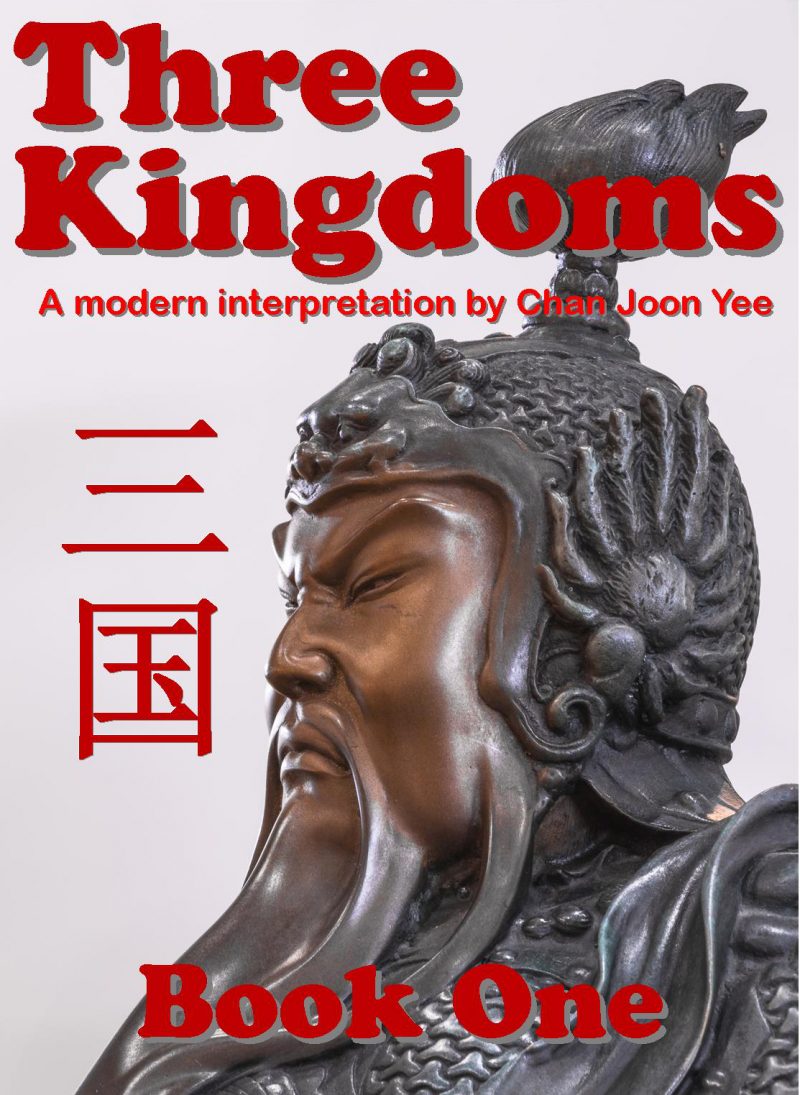 It was 221AD in China during the period of the Three Kingdoms. The ruler of the Shu Kingdom Liu Bei had refused to accept any terms for a peaceful settlement offered by the Wu Kingdom. War was inevitable as Liu Bei was bent on avenging Guan Yu who was executed by Wu soldiers after being defeated at Jingzhou in 219AD.

In the North, Cao Cao had recently died (220AD) and his son Cao Pi had declared himself Emperor, drawing condemnation from all quarters. Ruler of the Wu Kingdom Sun Quan was not particularly worried about Liu Bei’s invasion as their two armies were evenly matched. But he knew that if Cao Pi decided to stab him in the back while he was trying to fend off Liu Bei, his Wu Kingdom would be doomed.

Since it was impossible to negotiate with Liu Bei, Sun Quan decided to negotiate a peace treaty with Cao Pi. He brought in Zhao Zi and decided to send him on this very important mission.

“We have no feud with Cao Pi.” said Sun Quan. “But I just want to be sure that he won’t attack us once we’re engaged with Liu Bei.”

“Your Majesty, Cao Pi can get opportunistic and he has no reason to rule out the option of attacking us when the Shu Kingdom invades.” said Zhao Zi. “However, he has ascended the throne under controversial circumstances, having forced Emperor Han Xiandi to abdicate. By recognizing him as Emperor and verbally submitting to his supremacy, it is likely that he won’t attack us.”

“We must not let him think that we are a pushover either.” said Sun Quan. “Otherwise, he will matter-of-factly annex our territory since we recognize his supremacy.”

“I understand, Your Majesty.” said Zhao Zi. “I must convince him that the Kingdom of Wu supports his ascent to the throne while at the same time make him realize that it will be very costly for him to invade us.”

Sun Quan nodded feebly, not knowing how Zhao Zi was going to pull this off.

In the Kingdom of Wei, Cao Pi greeted the humble Zhao Zi with a mixture of amusement and derision.

“My late father had great admiration for Sun Quan, but I’m afraid I don’t know very much about your Kingdom or your ruler. Could you answer a few questions?” asked Cao Pi.

“I’m humbly at your service, Your Majesty.” Zhao Zi replied.

“What sort of a person is Sun Quan?”

“The ruler of Wu is a brilliant man with great wisdom, foresight and courage.”

“Of course. Are there any indicators for the attributes you mentioned?” asked Cao Pi.

“From a herd of mediocre men, he picked out Lu Su to succeed Admiral Zhou Yu. When Lu Meng was only an illiterate foot soldier, he educated him and groomed him to succeed Lu Su. He defeated Guan Yu and recaptured Jingzhou from Liu Bei and when forced into a war with Liu Bei, he wisely seeks peace with Your Majesty.”

“The ruler of Wu reads whenever he has time. He studies history, military strategies and methods of government. Even though he is a brilliant man, he understands his own limits and humbly consults learned men from all corners of the kingdom.” said Zhao Zi.

“Can the Kingdom of Wu fend off this impending attack from the Shu Kingdom?” said Cao Pi, with a piercing glance at Zhao Zi.

“The Shu army is indeed formidable, but we have defeated them before and are capable of defending ourselves.” replied Zhao Zi calmly.

“We not only have a strong army and navy but we also have the Yangzi River as a natural barrier to all invasions from the North. Anyone contemplating an invasion should think twice.”

Cao Pi remembered how his father lost an entire navy on that river. He sank into his seat and asked the final question.

“Are there many people as talented as you, Master Zhao in the Kingdom of Wu?”

“There are probably only 70 to 80 really talented men in my kingdom.” said Zhao Zi. “As for mediocre folks like me, there are countless.”

Check Out Our Three Kingdoms Series