This is a thriller set in modern day Hong Kong. The police force in Hong Kong now comprises both local officers and those from the mainland. Senior Inspector Alex Soong is an outstanding police officer from Shandong Province posted to Hong Kong SAR. Though his Cantonese is halting, he managed to perform very well in the HK police force. 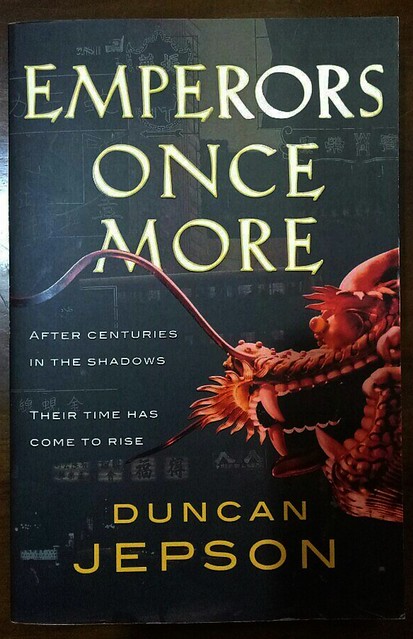 Then, a series of seemingly unlinked yet somewhat related murders and assassinations hit the former colony. The killings are gruesome and the clues point to the Boxer Rebellion. In consultation with the young beautiful historian, Professor Yi, Alex follows the trail of the “make China great again” zealots to uncover a plot to recruit him into the movement and assassinate the pro-West Chinese Minister of Finance. 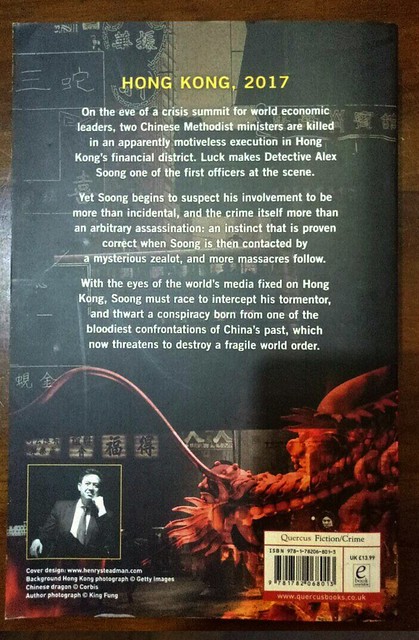 While the book is quite an engaging read, I find the obligatory surprise ending rather unconvincing. How do good guys suddenly turn bad? How do good cops suddenly turn crooked? Why do family men abandon their loved ones to become martyrs? There has to be a plausible explanation or at least there ought to be some misleading hint deliberately planted to mislead the reader in the beginning, only to point in the opposite direction when the truth is revealed. This is the ingenuity of Sir Arthur Conan Doyle’s Sherlock Holmes stories which few can match.

Like many readers, I’m fond of ironies. Though I think that the author did not develop the afflicted characters adequately, the biggest irony in this book, published in 2017, is that most fertile breeding ground for imperial cults may not be authoritarian societies but relatively free and even democratic ones.

While the author’s prediction of a revival of xenophobic, anti-West imperialism is “on the button”, his irony of it hatching in HK instead of the mainland is way off the mark.