When Smiles Are Turned Around

An apparent misunderstanding led to a shooting incident close to a Buddhist Shrine on the railroad in East Pattaya on Monday Night.

Khun Dumrongsuk aged 30 was riding on his motorbike with his Girlfriend Khun Walapon aged 26. The pair were on their way home after visiting his Mother in the Huay Yai area. The pair drove past a Shrine where it is customary to use the horn on the vehicle three times as a mark of respect.

Driving in front of the pair was a car full of people who heard the horn and assumed it related to their driving which angered the driver of the car who decided to slow down and then follow the motorbike which soon pulled into a small petrol station to refill the tank of the bike.

As the pair left the car continued to follow and then drove up beside the bike and a passenger shouted at the driver which was followed by two gun shots.

Khun Dumrongsuk was hit twice in his arm and shoulder but was able to bring his bike to a controlled stop before calling the Police and medics to the scene. The injuries are not thought to be life threatening as Police search for the offending car, its driver and passenger who fired the shots.

Many people who have had an unforgettably wonderful holiday in Thailand may be shocked to read this. How can this be the same friendly, hospitable paradise that enthralled them? Are such cases one in a million? Or are they common enough to frighten those of us who don’t know better?

It takes time to discover some of Thailand’s deadly secrets. Have you read our book? 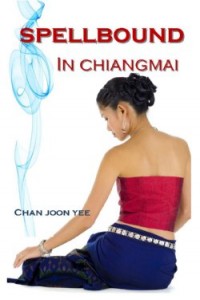