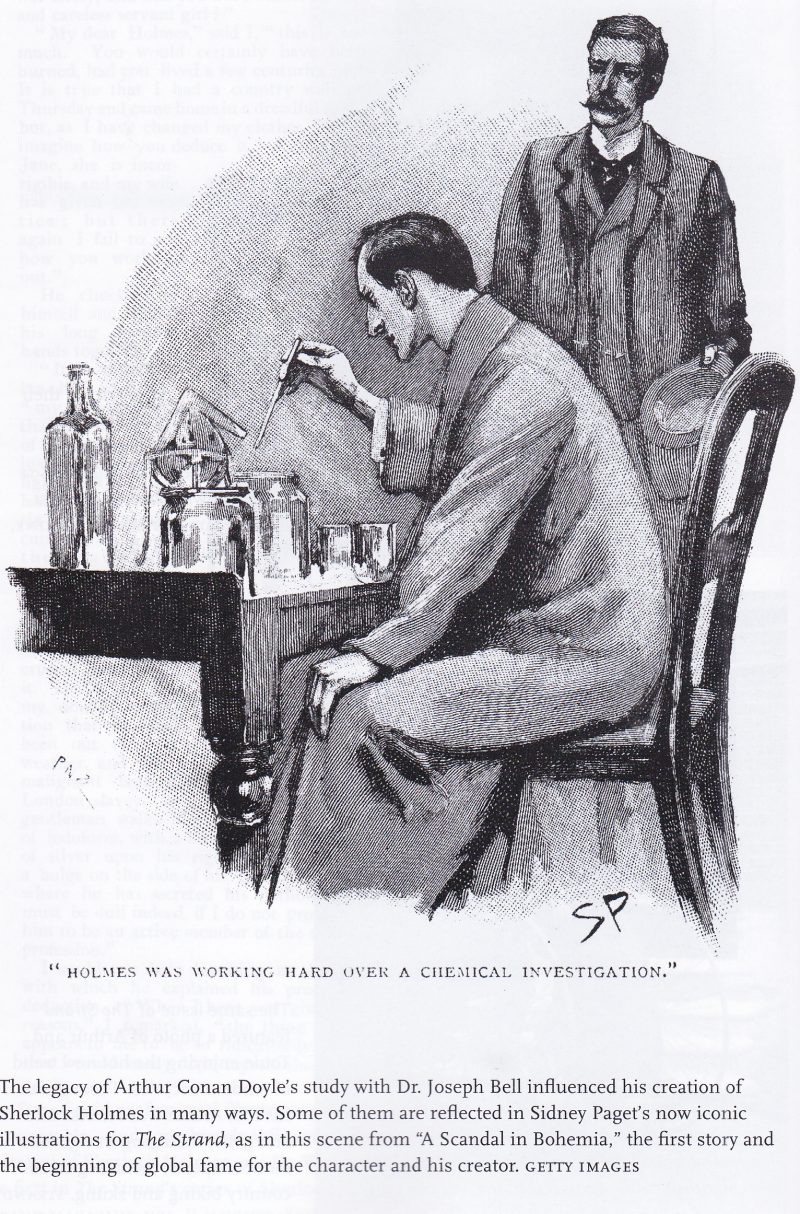 After multiple rejections, a novella entitled A Study in Scarlet finally saw the light of publication in December 1887. That was only after its author, a struggling medical practitioner by the name of Arthur Conan Doyle, accepted an insulting fee of £25, selling all rights to the story to the publisher. Deemed a little short to be published as a novel in those days and not willing to risk the entire issue on an unknown author, the publisher, Lock, Ward & Co, inserted the story in a “magazine” called Beeton’s Christmas Annual. Following rave reviews, sales of the publication took off, but having sold all rights to it, Doyle received no royalties even for subsequent reprints. 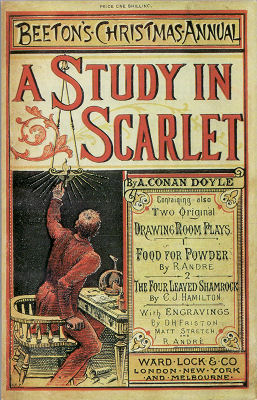 The success of the story was due solely to the colourful character of Sherlock Holmes who went on to become one of the world’s most famous fictional characters. Doyle portrayed Holmes as an ingenious consulting detective who solved the mysterious murder of two Mormons in London. The narrator was a retired army surgeon by the name of John Watson. Doyle himself was a doctor by profession, but with his practice not doing too well, he had time to pursue his passion – writing. Sherlock Holmes gave him his big break and many other stories featuring the fictional detective followed.

Although Sherlock Holmes is fictional, almost every character which Doyle created could be traced to some person in his life. When interviewed, Doyle revealed that Sherlock Holmes was inspired by one Dr Joseph Bell who taught him when he was a medical student at the University of Edinburgh. 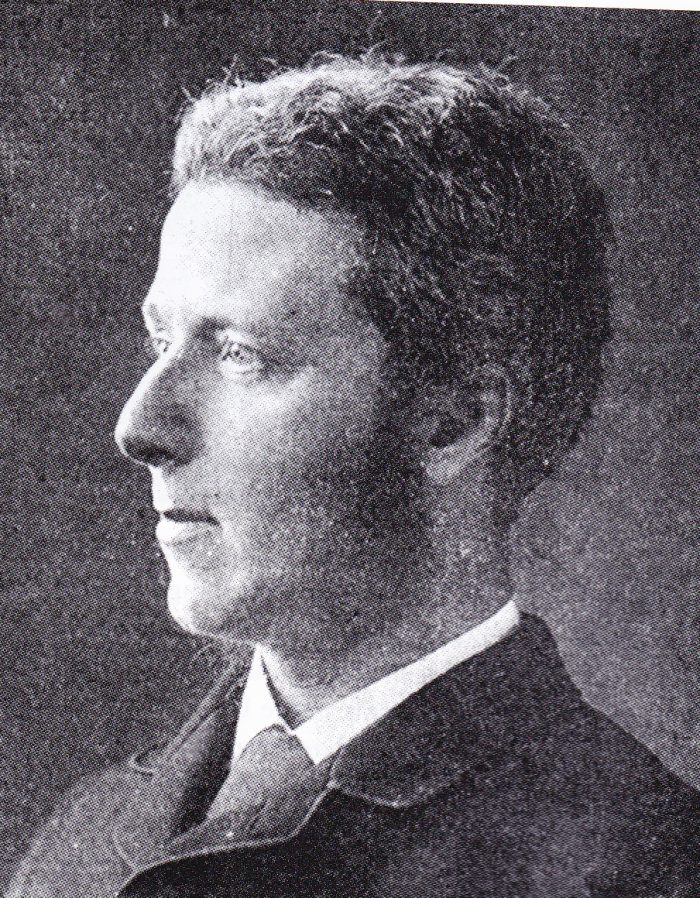 The young Doyle and his classmates were often stunned by Dr Bell’s attention to detail and his ability to infer and deduce background information from patients simply by studying their clothes, their shoes, their hands or other personal effects. Doyle was so impressed by Dr Bell’s powers of deduction that he imagined a character who could use these methods to solve crime. 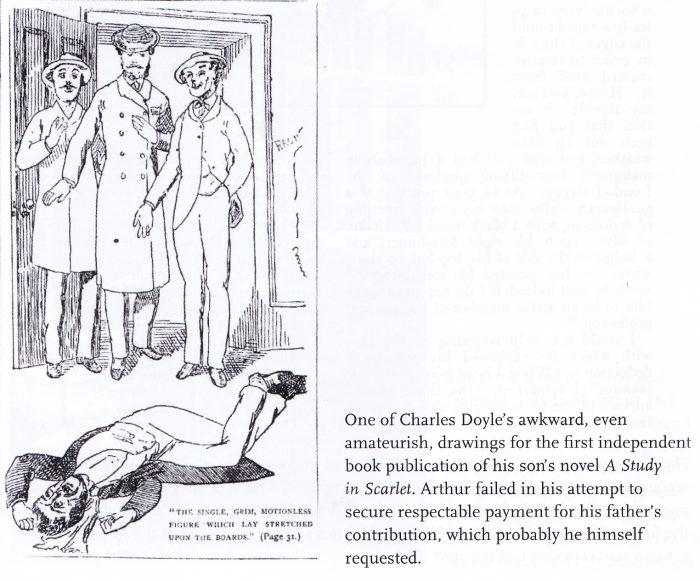 Although Doyle’s characterisation was almost Dickensian, few of Sherlock Holmes’ fans could visualise Sherlock Holmes in person. The original publisher of A Study in Scarlet allowed Doyle’s father Charles Doyle to illustrate the reprint of story in the form of a novel. The results were disastrous. Even though Charles Doyle was an artist by profession, he was not very accomplished in his art and unlike his son, was frequently in and out of prison.

Doyle’s next big break came when he found himself an agent. His books were subsequently published by Arrowsmith and The Strand, with very much better terms. As sales soared, Doyle grew from struggling medical doctor to bestselling author. His financial situation improved tremendously. Not only that, his new publisher decided to leave less to the reader’s imagination. They commissioned new artwork and were willing to pay for quality. 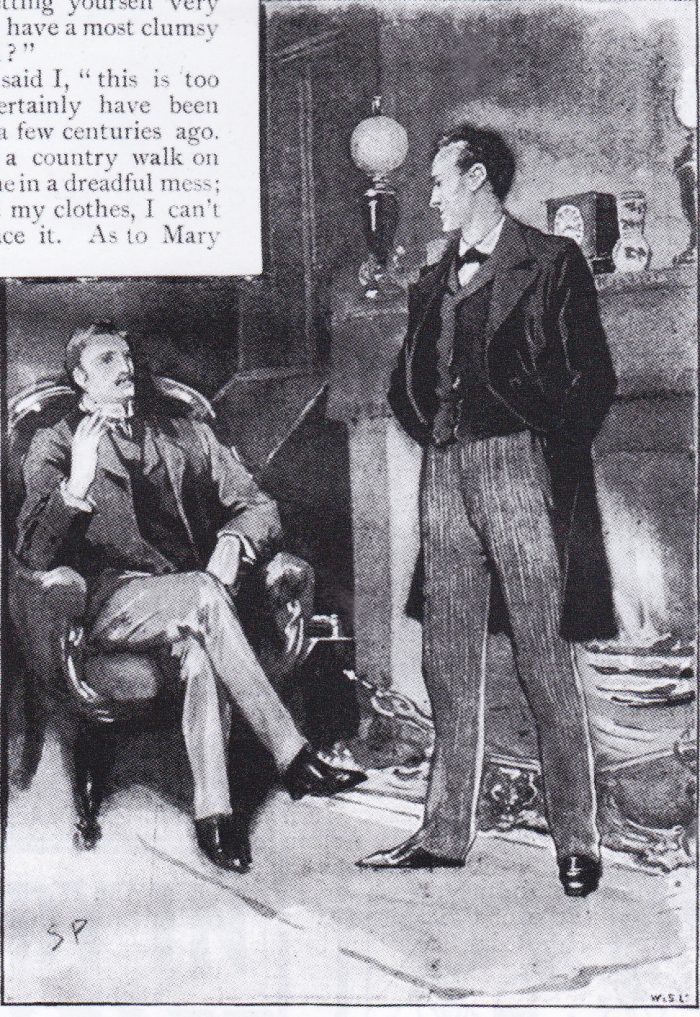 In came Sidney Paget who produced works much better than Charles Doyle’s. Sidney himself was passionate about Sherlock Holmes, so her took great pains to draw the great detective from his imagination. Apparently, he did not get his hands on Dr Joseph Bell’s picture as the Holmes he created didn’t look like Dr Bell. Instead, Sidney modelled the character after his elder brother Walter Paget. In Sidney’s eyes, Holmes ought to be tall, handsome but with a receding hairline.

As for Watson, it seems clear that Sidney had modelled him after Doyle himself, minus a few pounds according to this photo. 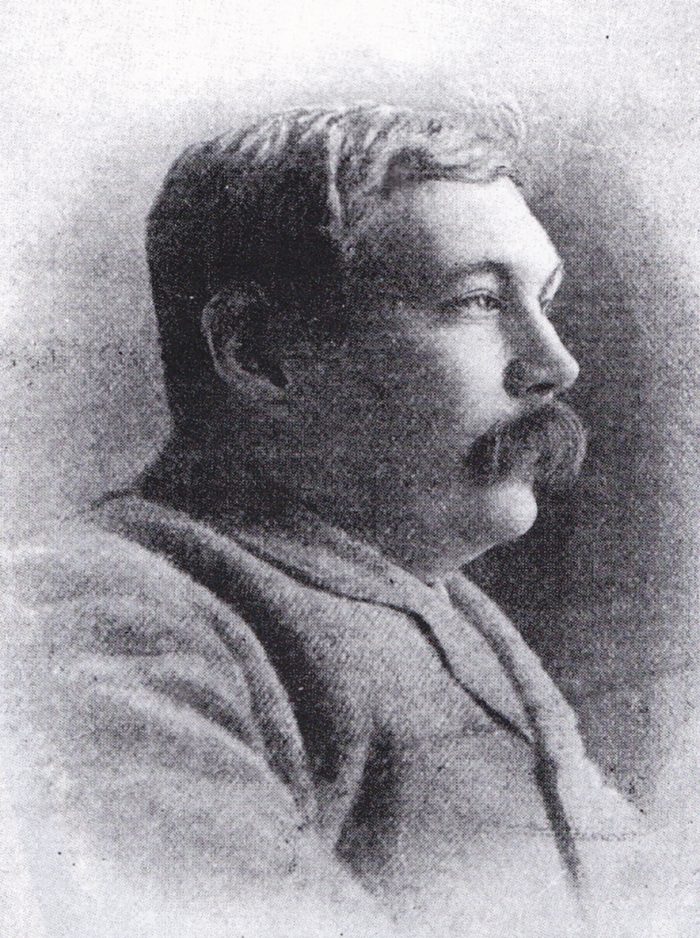 In the second Sherlock Holmes novel The Sign of Four, Doyle had wanted to “retire” Watson by getting him married to Mary Morstan. But while Doyle preferred to write historical romances (being a big fan of Ivanhoe), Sherlock Holmes was still very much his bread and butter. He felt obliged to continue. Another sign of Doyle being “autobiographical” in his fiction is that his mother was named Mary Foley. A strong and beautiful woman, she took charge of the young Arthur, managing to nurture him with limited means. Doyle had great love and respect for his mother. In his description of Mary Morstan:

“Her face had neither regularity of feature nor beauty of complexion, but her expression was sweet and amiable, and her large blue eyes were singularly spiritual and sympathetic. In an experience of women which extends over many nations and three separate continents, I have never looked upon a face which gave a clearer promise of a refined and sensitive nature.”

Doyle was describing his mother.

In one of Sidney’s drawings, he drew Holmes wearing a deerstalker hat with matching cape. This was how many train passengers dressed to protect themselves from the soot in those days. That outfit turned into a trademark for Sherlock Holmes even though Doyle had never written that he wore anything like that. Sidney Paget was Sherlock Holmes’ co-creator. 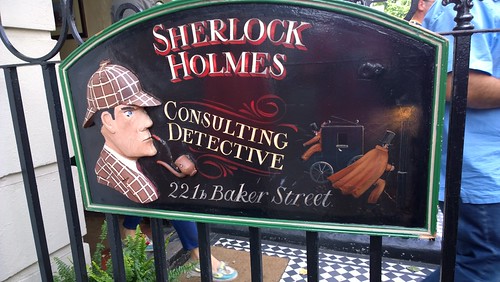