It was late at night. Mr Wan brought his son to visit his sister-in-law Ms Yuen Soon Ying at her apartment. A day earlier, she had tried to contact his wife (her sister) but it so happened that Mrs Wan was hospitalised then. Detecting some uneasiness in her voice, he decided to pay her a visit to make sure that nothing was amiss.

His hunch was right. When he knocked on the door, there was no reply. Not only that, he detected a foul odour coming from within. Wan immediately called the police. When the police arrived, they forced their way in and found Yuen sitting on a sofa. Her wrists were wounded and she was barely alive. She was immediately rushed to hospital under police escort. Meanwhile, in the apartment, the foul odour was coming from the bedroom.

Inside, lying on the bed, was a human form with duct tape wound around most of its arms, legs and face. Apart from the duct tape, he was naked. His skin had turned black and the body was rapidly decomposing. Initial investigations revealed that there were no signs of injury on the body even though there was a blood-stained knife in the room and the sheets were soaked with blood.

39-year-old Yuen Soon Ying was a waitress. Neighbours described her as a petite, soft-spoken and attractive woman. She kept her hair long and often wore a ponytail which belied her age. Even though she was almost 40, she remained youthful and attractive. In 1988 when Yuen was 25 years old and still living in a village in Guangdong, she married Hongkonger Mr Chow, a man 11 years her senior. They had two children in Hongkong and in 1997, her permanent residency in Hongkong was approved. The family was happily united. Life was blissful at first. They bought a house and sent the kids to school. But Mr Chow started gambling and was soon heavily indebted. She also found out that he had been visiting nightspots and squandering their money. When she scolded him, he slapped her. From that moment, she made up her mind to divorce him.

Meanwhile, at the restaurant where she worked, a young chef from China had arrived. Also from Guangdong, Chan Wing San was not only tall and handsome but also gentle and courteous. He was not bothered by Yuen being 9 years older and nor did he care much about the sanctity of marriage. Even though he knew that Yuen was married with 2 children, he revealed his feelings to her. Unhappy with her marriage, Yuen soon started an affair with Chan. Coincidentally, Yuen’s husband Mr Chow declared bankruptcy not long after that. Yuen found a lawyer and began divorce proceedings. Chow expected Yuen to accept custody of the two children. When she rejected it, he realised that she had been having an affair with Chan and a divorce would suit her fine.

Yuen and Chan were finally free to cohabitate openly. It was a dream come true for both of them. But barely 10 days into their honeymoon, Chan was killed and Yuen was the prime suspect. How did it turn out this way? When questioned by the police, Yuen readily confessed to the murder. Throughout the trial, she was silent and prepared to accept the jury’s verdict. She was found guilty of murder and sentenced to life imprisonment.

When swarmed by reporters, her ex-husband said that he was willing to wait for her no matter how long it would take. He admitted that it was his fault for making his ex-wife lose hope and abandon the family. Their children also said that they were willing to forgive their mother. But there was one person who smiled when the verdict was announced. She was Chan Wing San’s wife.

Chan Wing San was married in China since 1994. He had two daughters with his wife and he left them in Guangdong when he found work as a chef in Hongkong. When he first met Yuen Soon Ying, he lied to her that he was single. When she found out that he was married, he told her that he was already contemplating divorce. Yuen believed him as they had gone on overseas trips with Chan’s wife’s knowledge and he even paid for her legal fees when she divorced Chow. However, their actions were frowned upon by their colleagues at the restaurant. Immersed in romance, they ignored all the gossip and finger-pointing. 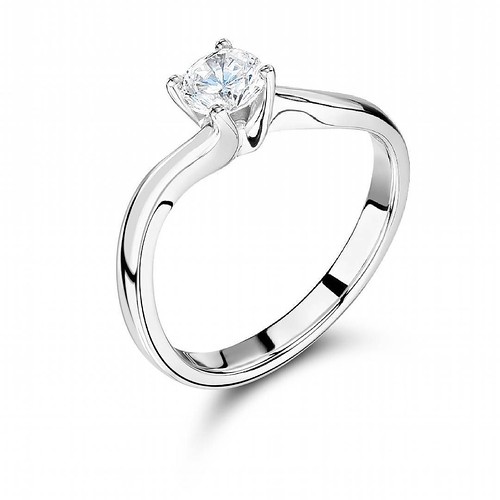 Yuen and Chan took 2-days’ leave. The restaurant’s management was already familiar with them taking leave together, so they did not expect anything out of the ordinary to happen. The next day, Chan bought Yuen a diamond ring. Yuen was elated when she saw the ring. She expected Chan to begin divorce proceedings soon, but what Chan said next hit her like a ton of bricks. He wanted to break up with her. The diamond ring was not a pledge of eternal love. It was a form of compensation for the breakup.

Yuen was stunned. She couldn’t believe her ears. Afraid that he would just walk out on her, she spiked Chan’s soup with a sedative and hoped that he would change his mind the next morning. Chan felt groggy and was unable to go to work the next day. She spiked his soup with even more sedatives. That night, they made love and he told her that he would leave in the morning, Yuen was furious and totally lost her head.

She grabbed a roll of duct tape and started to wind it around his arms and legs. By then, the sedative had taken effect and Chan was too weak to struggle. He was soon bound and unable to move. When he asked her if she was trying to kill him, she started winding the tape around his head. Then, she pressed a blanket over him till he stopped moving. She stayed in the room and didn’t realise that he was dead until she felt that his body had turned stiff.

Yuen panicked when she realised what she had done. She decided to kill herself. She bled profusely when her wrists were cut but the bleeding soon stopped. She tried to call her sister, but her brother-in-law Mr Wan told her that her sister was not well and was in hospital. Not long after that, she passed out on the sofa. Sensing that something was amiss from the way Yuen sounded on the phone, Mr Wan decided to check on her the next day.

The murderer confessed her crime and walked us through the whole scene. The case was somewhat satisfactorily closed, but a mystery remains. Nobody will know why after going through all that trouble of courting her and paying for her divorce expenses, Chan would suddenly change his mind and break up with Yuen. Could it be someone else that he fancied? Why did he buy Yuen a diamond ring? Could he have escaped death if he had called off the relationship without first raising Yuen’s hopes? These are questions which will remain unanswered.